Every January, some of the finest art and antiques dealers in the world exhibit their very best pieces to a knowledgeable crowd of collectors, museum curators and designers at America’s premier art and antiques fair, The Winter Antiques Show. Held in Manhattan, it is currently in its 63rd year and has certainly changed with the times. When I first began attending the show about 20 years ago, it consisted primarily of American antiques dealers, and it was heavily weighted toward furniture. Through the years, it has evolved into a faire with a much more eclectic mix of art and antiques and a more diverse group of international dealers, who offer noteworthy examples of everything from antiquity through present day art.

Even if you weren’t shopping and left your credit cards and checkbook at home, strolling the aisles of this show would still be a treat for the eyes. Stunning, rare, and just-plain-cool artworks can be found in every booth and every item has been carefully vetted for authenticity by a team of impartial experts. I have a particular interest in Americana, of which there is no shortage.

During my visit, I snapped photos of some objects that I thought were special. Pennsylvania dealer Kelly Kinzle offered a grouping of 6 paint-decorated drums from the 19th century. The bentwood bodies of these military drums were often decorated with patriotic scenes. Collectors love original, fancifully decorated examples. These could be purchased separately, or as an instant collection.

I found another wonderful painted piece in the Olde Hope Antiques booth. An eye-catching fire bucket, with a painted scene, was hung prominently at the booth entrance. Every home during the early 19th century period contained multiple fire buckets, often elaborately decorated. These were used in bucket brigades, in the event of a fire, anywhere in the vicinity. The unique inscriptions and decoration, such as on this Salem, Massachusetts example, ensured that the buckets made their way back to their owners after the calamity.

I became a fast fan of Italian glass after seeing the colorful presentation in the Glass Past booth. On display were three mid 20th century glass objects designed by Fulvio Bianconi. The colors and designs of the pieces they displayed were striking.

I am already a fan of the steampunk look, so the beaver-pelt top hat in Tambaran Gallery’s booth caught my eye. In the 19th century, Native Americans often traded hand made crafts for new clothing, such as this top hat. They then decorated the hats in their own aesthetic, often using beads, feathers, and other decorative elements. Decorated hats, such as this, were intended for their own use. Today, those that survive are prized by collectors.

This historic example has a marked steampunk feel, making it the perfect anchor for steampunk cosplay costumes and any collection with a steampunk aesthetic.

Davis Schorsch & Eileen Smiles displayed several great folk art pieces, including a 24” diameter burl bowl with a fine, old blue-painted surface. Made in the 18th, or early 19th century, this working bowl is in superb condition.

A burl is a rounded outgrowth of deformed wood that grows in a confused pattern, with the grain swirling and running in all directions. The result is a very stable wood, resistant to splitting and thereby suitable for making large bowls. If made of straight grained wood, this bowl would almost certainly have cracked. The historic paint adds to the appeal.

If any antique buyers feared getting into a brawl with other show-goers over a rare find, this suit of armor from London dealer Peter Finer might help. Better yet, his elaborately engraved set of dueling pistols would be sure to thwart any potential trouble.

As recently as the early 20th century, proper gentlemen, operating under a strict code of rules, occasionally faced off in a duel with swords or dueling pistols just like these.  In fact, U. S. Vice President Aaron Burr killed former U.S. Secretary of the Treasury Alexander Hamilton in this way. U. S. President Andrew Jackson was himself shot in the chest during a duel, in which he killed Attorney Charles Dickinson. Even Abraham Lincoln, whilst still a legislator, met in order to duel with his State Auditor. Others intervened, averting the conflict. It seems clear that politicians seem to have favored this behavior.

Dueling, of course, is now illegal, but perhaps a 21st century revision in the law would…..oh never mind.

Every year, the Winter Antiques Show includes an exhibit of items from a special collection or museum. This year, we were treated to a superb Abby Aldrich Rockefeller Folk Art Museum collection, which featured a number of pieces. One of these was a highly creative handled basket, comprised of commercially produced bottle caps.

Made in Morganton, NC, about 1935, the form, color, and patina all combine to make an appealing, whimsical piece, comprised entirely of that which is ordinarily discarded.

A circa 1825 toleware coffee pot with superb, original, painted decoration also caught my eye. For obvious reasons, this type of original paint rarely survives on a utilitarian object, such as a sheet iron coffee pot.

Finally, it was a pleasure to see, in person, the Museum’s iconic painted dressing table, made in Portsmouth, NH, about 1815-20. The colors of this paint-decorated piece are extraordinarily vivid, even after two hundred years.

Between the quality and the variety of the items on display, the Winter Antiques Show offered just about everything a collector could want. Though these are all the pictures I have of the event, be sure to check out our Antiques & Vintage club here on Gemr if you’d like to see more museum-quality collectibles. I’m already looking forward to visiting the show next year, and I’d wholeheartedly recommend it to any serious antiques buyers, collectors, or those with a passion for the creme de la creme of antiques and art.

Written by Gary Sullivan
Gary Sullivan is a nationally recognized authority on antiques. He has been involved in the antiques and collectables business on a full-time basis for over 40 years. He is an award-winning author and has written and contributed to several books and articles on clocks and furniture and he frequently lectures on those subjects. Gary shares his expertise as a clock and furniture expert through ongoing appearances on “Antiques Roadshow.”

October 13, 2015
« Previous post
The Brickfilm Roots of The LEGO Batman Movie
Next post »
To CGC or Not CGC 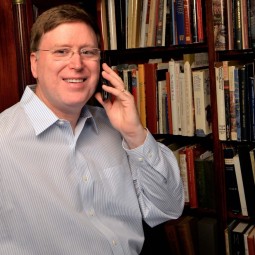 Gary Sullivan is a nationally recognized authority on antiques. He has been involved in the antiques and collectables business on a full-time basis for over 40 years. He is an award-winning author and has written and contributed to several books and articles on clocks and furniture and he frequently lectures on those subjects. Gary shares his expertise as a clock and furniture expert through ongoing appearances on “Antiques Roadshow.”