This Oogie Boogie action figure is obviously part of the Nightmare Before Christmas toy line from Diamond Select. These figures are done in the 8” scale. Oogie Boogie is particularly set apart from the others in the series because he weighs in at a hefty 2lbs or so. Most action figures don’t weigh a single pound, let alone two. So, this should tell you what a solid action figure this is.

Oogie doesn’t come with any accessories, but he does come with a neat little feature. His face comes off! Under his face is a low detailed mass of squirming bugs. The outer detail of the figure is really nice, he’s fully meshed looking all the way around his massive body, and they include detailed stitching.

When it comes to articulation, there’s not much there. The head moves, the arms move at the shoulders, the waist moves, and that’s about it. Though the articulation is pretty low here, it’s very expressive for his poses. My favorite joint on his whole body is the one at the waist because of how well it moves and how well it stays put after it’s been posed. He can spin the whole way around!

As far as the rest of the joints, the arms move up and down and can twist around if they are in the down position (then you just lift them up) but they won’t rotate in the up position. The head moves a little side to side and not much up and down, but that little bit of movement is enough to pose him in almost any position from his song and dance in the movie. It’s just, the legs don’t move at all.

Regardless of the low mobility, it is one of my favorite figures from the line. Literally, every time I go to move Jack one of his limbs falls off. Oogie doesn’t have that problem. And when you sit him down, he solidly stands on the shelf no matter what you do to shake it.

Though the figure came out a while ago (I believe it was 2015), you can still pick this up on Amazon or eBay, maybe a specialty shop here or there, and it should run you about $40; don’t pay much more than that. It comes in their large collectible packaging — the packaging that’s usually reserved for figures you don’t open. But in this case, I think it’s only because of how big Oogie Boogie is. I mean, usually, this kind of packaging is used for things that have bases and accessories, and such. Ooogie Boogie comes with none of that. A little disappointing, but I’m not really sure what accessories or base should accompany him.

Bottom line is that this is a great figure. It doesn’t have the most movement, it doesn’t have a lot of special little things about it, and it’s completely missing any accessories. But if you take this figure and put it with the others in the set, you can make some really cool displays. By himself, he’s still a worthy addition to a collection due to the details and how he poses. Putting this figure with the right background or as part of a display with your best copy of Nightmare Before Christmas will undoubtedly make the discerning collector happy. I know it works for me!

What’s your favorite figure in the line? Tell me in my Gemr Horror Club!

3 Major Changes we Would Like to see in Dumbo 2019

Which Movies Are Considered Classic Disney?

May 22, 2019
« Previous post
10 Things We Want From Borderlands 3
Next post »
Win our Creature from the Black Lagoon Giveaway! 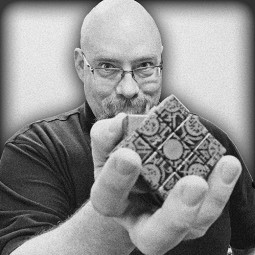