It’s been a while since I’ve felt the need to rant about a game before it releases. I’m usually the sort of person who goes, “sure critics are annoyed, but I’ll wait and see! Maybe they’ll surprise me” — especially if it’s for a franchise I love.

Let me give you some context. I’ve been playing Pokemon since Red and Blue. My sister and I used to sit around and trash talk each other with a link cable between our Game Boys. We would shout curse words we weren’t supposed to know every time the cable came loose and be devastated to not learn the outcome of the battle. These little moments shaped some of who I am and turned me into the “competent” adult I am today.

Let’s see how far we’ve come plays in the distance.

My sister might have long forgotten about Pokemon, but I’ve been hooked for the last 20 years. I’ve bought at least one version from every single era (sometimes all of them) and I have to say, I have favorites. At the top of my list of games are Yellow and SoulSilver (I have nothing against HeartGold, but my original game was Silver, so you understand).

There was something about having your Pokemon following you around that was so charming. But I didn’t stop at main story games. I have played the Ranger games, Pokemon Pinball, The Trading Card Game (for Game Boy and collected the actual cards), Pokemon Snap, Pokemon Mystery Dungeon, Pokemon GO, even the other various phone games, so on and so on.

My old Game Boys have long since died and the saves in my cartridges no longer work (lost to time and childhood abuses). Yet I still have all of the of the dead cartridges sitting on my gaming shelf like trophies. There are memories attached to them, and teams who helped me to victory. Why would I abandon them? I want you to understand that I mean it when I say–

I am an addict.

So, when Nintendo announced that a new Pokemon game was coming, I got hyped. Like, really hyped.

Look at this. Nothing is wrong with this picture.

I went out and told my friends I was going to finally have to buy a Switch. I even started budgeting so I could buy the console before November, and spent a lot of time discussing what the new game might be and what my team might look like if it was a remake. Before they even announced what the game was, I was sold.

And then Nintendo did something I didn’t think they could do — they let me down.

At first, I was excited. Nintendo was finally listening to fans and letting us keep our treasured companions out of their Pokeballs once more. They were giving us that much-valued connection with our Pokemon we always see in the anime, which is something we addicts crave. Not only that, but Nintendo is finally letting us have Eevee as a starter in a main story game — something people have been clamoring about for YEARS. Even better, it was going to be a Yellow remake.

How could you not be hyped about this?

I was dazzled by the idea. I was ready to experience this new game, ready to shell out all of the cash to add it to my rather impressive Pokemon game collection. When I heard Let’s Go, Pikachu and Let’s Go, Eevee would let you have more than just Pikachu or Eevee follow you? Hyped. I heard there would be a Pokeball controller that shakes when you are catching a Pokemon. More hyped. Interacting with your Pokemon more in depth? Even more hyped.

And then… I heard about the gameplay.

Remember when everyone you knew played this game?

Look, Pokemon GO was fun. I still play it pretty regularly when I’m walking my dog. My Pokedex isn’t full, but it’s pretty close. One of the things that lost me in Pokemon GO is that they never gave us what they promised at launch. The game was advertised as battling your friends, trading, and the open world Pokemon game we had all been dreaming about since we were kids. We all know it fell short. I don’t need to go into the details. But this isn’t a rant about Pokemon GO (mostly). To be fair, they finally implemented trading — two years after launch. Better late than never, I guess.

They tried to distract me with this cute dressed up Pikachu– and it worked for like 10 seconds.

I pika-choose you– to shell out all your money.

What Nintendo told me in that release is that they were finally going to give me what they promised me two years ago — by augmenting Pokemon GO. Let’s Go, Pikachu and Let’s Go, Eevee might have more to them than that, but on the surface they don’t feel like a new game; they feel like a lot of old things mashed together. Not only that, but I’d also have to pay $300 for a Switch, and another $60 for the game. What I heard when they told me about all this “amazing” Pokemon GO integration was that Nintendo wants me to shell out $360 for stuff they promised me for free two years ago.

This doesn’t look like a battle to me– we’ve been had!

They also took away the struggle of catching Pokemon and simplified it to the flick of a wrist, and for a main story Pokemon game? That just doesn’t do it for me. It was a fun twist in Pokemon GO, but it’s not what I want from a sit-down Pokemon game. When I play Pokemon, the risk and reward of getting that Pokemon down to almost no health and catching it is an incredible thrill. The work of leveling up a team through wild Pokemon battles and fighting trainers is such a quintessential part of a main story Pokemon game that to have it gone… makes me worry that the victories will feel a little hollow.

I feel Let’s Go, Pikachu and Let’s Go, Eevee will be a great introduction to casual players, young players, people who are reuniting with Pokemon after a long hiatus (like old friends meeting for coffee, you both have changed and that’s okay). But for more dedicated players like myself? I’m trying to hold out a glimmer of hope — I just don’t have the excitement I usually do around a Pokemon release. I hope as we learn more, that will change. For now? I’m a skeptic.

There are some great things about this game that I want to see in action, but I personally won’t be going out to buy a Switch until I can see the game for myself. Maybe, like Nintendo has done in the past, the game will surprise me. So I’ll hold final judgment on Let’s Go, Pikachu and Let’s Go, Eevee until release, but until then?

What do you think about the new games? Tell us in our Pokemon Club!

Why is Pokemon Still a Thing?

What Your Pokemon GO Team Says About You 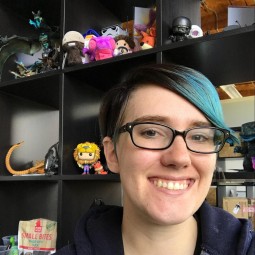