Every now and then something comes along that changes how a medium is viewed in the popular zeitgeist, its effects so far-reaching that those who previously had no interest in the medium start to take notice. Years after their first appearance in the world their influence can still be felt; they make lasting, meaningful impacts. It is said these kinds of things happen with some rarity. In 1993, video games received two.

On September 24th and December 10th of 1993, respectively, Myst and Doom were released onto personal computers across the world. Although the games could not be more diametrically opposed they both had – and still have – a huge influence on the video game world.

In 1992 Texas development studio id Software released Wolfenstein 3D, considered to be the first “true” first-person shooter game. It was released via shareware, a distribution model in which gamers could get the first episode (which generally consisted of the first level of a game) for free and then if they enjoyed it, could order the rest of the game through a distributor. Id expected the game to make around $60,000US in its first month. However, the first month’s royalty check came in at $100,000.

Given the huge success of Wolfenstein 3D id obviously wanted to capitalize on it. However, rather than simply release a sequel (although a semi-sequel was released, entitled Spear of Destiny) id instead wanted to up the ante. While Wolfenstein’s gameplay was fast and provided the excitement id were after, it was still a fairly basic game in regards to design. The player character could not look up or down, all game areas were on the same level – there were no stairs – resulting in a flat playspace. Id wanted to improve on all of this and make things even more hectic. They got to work…

1991 saw a different title begin development in Spokane, Washington, at company Cyan Worlds. Created by brothers Rand and Robyn Miller, Cyan had produced three successful adventure games specifically designed for children. For their next project, the brothers wanted to make something that would appeal to adults.

Brought up on a diet of fantasy such as Tolkien, Dungeons & Dragons and Star Wars, the brothers had always been interested in exploring the worlds that video games provided more so than the actual “game” aspect of the medium. This philosophy was at the heart of their previous three titles, and their new title would be no different.

That title was Myst, released on the then-burgeoning CD-ROM format. The brothers wanted Myst to be highly detailed and immersive, and that meant the previously standard format of 3 1⁄2-inch floppy disks was out of the question. Even so, the CD-ROM drives of the time could only read at 1x speed (150 KB per second), so Cyan had to do a lot of wizardry to ensure the game achieved the high level of quality they wanted.

The result was one of the most graphically detailed releases at the time. A game that aimed to completely immerse players into the fantastical world it presented. In order to do so, the game was played from a first-person perspective, there was no death in the game at all, with the only opposition to player progression being the player’s own inability to solve the game and various puzzles. Even the player inventory, a staple of adventure games, had been all but completely removed.

Myst unraveled the more the player explored. Puzzles were designed in such a way as to be organic and not too “game-y.” Players need to rely on their skills of observation and lateral thinking. In essence, Myst was a deliberately slow-paced, contemplative game. It was as much about exploring the world you were presented with, taking in every detail and aspect, as it was about solving the puzzles and uncovering the story.

In contrast to this, it had found their successor to Wolfenstein 3D. Changes to the engine that ran Wolfenstein allowed for rooms of many varied shapes and sizes, with angled walls, different levels of elevation and depression and a greatly improved lighting system. The most impactful change, however, at least in regards to the game’s legacy, was id’s desire for it to be “faster and more brutal” than Wolfenstein. Doom had arrived.

Doom was, and remains, one of the most furious, hardcore, balls-to-the-wall gaming experiences one could ever have. The player is constantly moving, mowing down wave after wave of demonic enemies, their unholy growls only silenced by the crunch of your shotgun. It was violent. It was frightening. It was glorious!

Wolfenstein 3D may have introduced the FPS genre to the world, but Doom perfected it. It was like the ultimate 80s action movie, only in this one you were able to pull the trigger yourself. It is no secret what an incredible impact Doom had on the world. It became the game that all future FPS titles would be judged by and many modern games can trace their DNA back to this classic shooter. However, it also brought with it some controversy with the game sparking the “violence in video games” debate with some blaming the game for influencing the Columbine High School massacre.

But even this could not stop the Doom juggernaut. The game was ported to every format imaginable with a sequel appearing in 1994. The series continued with various re-releases, sequels, and spin-offs until in 2016 a new Doom, intended to be a reboot of the franchise, was released. It succeeded where other games had failed in the past and brought the run-and-gun, hardcore shooting action of the ‘93 original to modern gaming platforms. It was darker and bloodier than ever before. It secured Doom’s brutal legacy for another generation.

Meanwhile, Myst was carving an important, albeit almost completely contrasted, track through the gaming world. The beautiful worlds that players were able to explore in Cyan’s game had captured the imaginations of not only gamers, but those who had until previously never played a video game. Taking players on a fantastical adventure unlike anything else before it, Myst became the best selling PC game in history and held that title until the release of The Sims seven years later. It also began the “video games as art” discussion.

By stripping down the adventure game formula to its most basic, Cyan had created a uniquely immersive experience. There was no direction in Myst, no clear objective of “do this, go here.” Players needed to explore and experiment to discover what the game world offered them and this resulted in pages of journals, diagrams, and notes being written by those trying to uncover the game’s secrets. Indeed, it was not uncommon for players to have a “Myst journal” in which records of their explorations, theories, and solutions would be kept.

The influence of Myst can still be felt today. While there were many Myst pretenders after the game’s success, titles such as The 7th Guest, Quern, the Amnesia series, Gone Home and The Witness proved that the kind of minimalist, immersive gameplay that Myst originated can still be hugely fun to experience. Even RPG title Dragon Quest VII took inspiration from Cyan’s flagship game, with series creator Yuji Horii admitting that he was inspired by the game to take Dragon Quest back to basics and focus more on the exploration of the game’s world.

Like Doom, Myst continued with four direct sequels – the second in the series, Riven, being even more critically and commercially successful than the original – and a semi-spin-off. While the series is, at least at the moment, completed, Cyan released Obduction in 2016, a spiritual successor to Myst. Retaining the same game philosophy presented for a modern gaming audience, Obduction once again proved that a more cerebral approach to gameplay can be just as rewarding as going in guns blazing.

Both Doom and Myst turn 25 this year. For a medium that moves as fast as video games, it’s impressive to still see titles released that are inspired by these two games.

While Myst and Doom could not be two more different games, their respective influence on the medium cannot be overstated. They changed expectations of what video games could be and introduced new ideas to the medium that previously had not even been considered. That, truly, is a legacy to be proud of.

What games impacted you? Tell us in our Video Game Club!

Trials of Mana Retrospective: The Game 24 Years In The Making 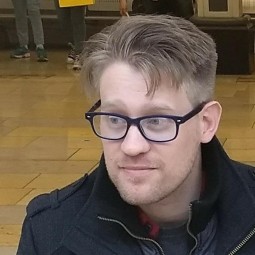