Reboots, Retells, and Sequels: The Mummy

In the annals of the entertainment industry, eventually, we all run out of ideas. Think about it. Someone or something inspires us all. We use that influence to tell our own stories. Eventually, however, we run out of “our” stories to tell. No matter how colorful a life we have lived, inevitably we have to retell someone else’s tale. As much as we fans love to think our favorite movies and TV shows are original classics and should remain untouched, that’s impossible — especially if the film was successful.

In 1928, Universal Studios lost their studio chief, Irving Thalberg, to MGM. Carl Laemmle, Jr., son of the studio’s chief founder, took over and decided to appeal to a new audience: horror fans. In the 1930s the horror formula took off, and Universal became the home of Hollywood horror. The Universal Monsters helped save the studio and build a brand. Dracula and company were to Universal what Mickey Mouse was to Disney.

Unfortunately, because of public domain laws, Dracula, The Phantom of the Opera and Frankenstein’s Monster stopped being Universal’s exclusive property, which allowed other studios to saturate the market with their versions of the characters (including Disney).

Universal made many of the classic horror movies, including (but not limited to) Dracula (1931), The Mummy (1932), Creature from the Black Lagoon (1954) and many more. Universal single-handedly dominated the genre. But then, something unexpected happened. Universal lost their way with monsters on the big screen. Dracula (1979) and An American Werewolf in London were redemptive movies, but they were small glimmers in a vast sea of underwhelming films. At least until 1999, when they released The Mummy, which became a huge box office hit. But The Mummy (1999) owes its success to the original, just like all retellings.

Set in 1921, archaeologist Sir Joseph Whemple (Arthur Byron) finds the mummy of an ancient Egyptian high priest named Imhotep (Boris Karloff). His friend Dr. Muller (Edward Van Sloan) discovers the mummy’s organs have not been removed. Imhotep had been buried alive in a casket with a curse on it. Sir Joseph’s assistant Ralph Norton (Bramwell Fletcher) opens it. He reads aloud an ancient life-giving scroll, the “Scroll of Thoth” and Imhotep rises. Norton loses his mind, and the mummy makes off with the scroll.

Ten years later, Imhotep returns as an Egyptian named Ardath Bey. He seeks out Sir Joseph’s son Frank (David Manners) and Professor Pearson (Leonard Mudie) and guides them to Princess Ankh-es-en-. They discover the treasure and take it to the Cairo Museum, thinking Bey/Imhotep has assisted unselfishly. Later they find out Imhotep’s death was punishment for attempting to resurrect his forbidden lover, Princess Ankh-es-en- and that Imhotep plans to revive her using Helen Grosvenor (Zita Johann), a woman whom he thinks is the reincarnation of Ankh-es-en-.

The 10 Best Monster Movies to Watch for Your Marathon

Imhotep attempts to kill her and resurrect her as his bride. Helen somehow remembers her past life and prays to Isis. The statue of Isis sets the Scroll of Thoth on fire, breaking the spell of Imhotep’s immortality and turning him to dust. Dr. Muller and Frank then use the Scroll of Thoth to save Helen.

Director Karl Freund and screenwriter John L. Balderston created a movie that set the standard for mummy and zombie movies for years to come. They created the shuffling, relentless monster genre and truly understood how it ramped up the tension. This movie has spawned many sequels and imitations over the years, but none so good as Universal’s own retelling.

This remake came 67 years after the original, and it was due. The movie is fun, spry, and full of adventure. The special effects are top notch for 1999 (thanks to ILM — who else?), and Director Stephen Sommers perfectly balanced action and humor. There aren’t many flaws in this version; the cinematography, the music — it all made this movie a great experience. The screenplay added a fresh and modern perspective to the piece, even though this movie is set in 1926.

Rick O’Connell (Brendan Fraser) travels across the desert with his regiment to Hamunaptra and barely escapes with his life. Evelyn Carnahan (Rachel Weisz) is a librarian who can read and write in ancient Egyptian, decipher hieroglyphics and hieratics, and is the only person within five thousand miles who can properly code and catalog the library she works in. Weisz is a perfect casting choice. The pair, as love interests, actually believable and do not feel forced. The movie never exploits or overdoes the sexual tension.

The 11 Best Horror Comedies You have to See

Jonathon Carnahan (John Hanna) is the drunken, gambling, lying, and thieving brother with a good heart. Jon steals a key that leads to Imhotep (Arnold Vosloo), the Mummy, who is still pining for his love Anck Su Namun (Patricia Velasquez) after hundreds of years, and wishes to retrieve her from the afterlife. Vosloo’s performance is superb, and his menacing version of the Mummy helps to add balance to the adventure and comedy.

Two minor flaws in the movie for me: 1) O’Connell’s escape into the desert after the opening battle. Why didn’t he grab food, water, head coverings, and a horse or camel from the bodies left behind? And 2) why don’t the descendants of the Magi look like the actors in the prologue who played the royal guards of Pharaoh Seti I (Aharon Ipalé)? Those tiny nitpicks aside, The Mummy is excellent entertainment.

The last The Mummy reboot came just a mere 18 years later. It opens in 1127 AD, with construction workers discovering the tomb of a crusader knight who was buried with an Egyptian ruby. The movie jumps to present-day Iraq, where US Army soldiers Sergeant Nick Morton (Tom Cruise) and Corporal Chris Vail (Jake Johnson) discover the tomb of Princess Ahmanet (Sofia Boutella). attempted to summon the deity Set, but before she could finish, she was caught and mummified alive. Nick, Chris and archaeologist Jenny Halsey (Annabelle Wallis) fly Ahmanet’s sarcophagus to Britain.

With that, the movie is off to the races. You’ll be overwhelmed by a plane crash, unbelievable survival scenes, cannibalism, resurrections, possessions, captures, escapes, vehicle chases, secret armies, serums, and double crosses. There are also open-ended plot lines, unresolved endings, and there is entirely too much Tom Cruise and not enough Sofia Boutella. Colonel Greenway (Courtney B. Vance) as a sacrificial brotha is not cool. This movie would likely have worked better with a less expensive and younger male lead. It was predictable and enjoyable, but not great. It took itself too seriously, even with its predictably formulaic bits of comedy. The Mummy has nice special effects, but too many horror elements that fall short of scaring anyone.

The Mummy reboot came way too early. The movie was handicapped with a host of rewrites due in no small part to Tom Cruise’s superstar influence. The star’s influence negated Alex Kurtzman and Chris Morgan’s vision — not a good recipe for the success Universal had hoped for. Going for star power instead of good movie making was a huge mistake. It’s reminiscent of the Warner/DCMU, which dropped the ball with Batman v. Superman and Justice League. Both give us disjointed experiences. Both companies make great movies and then follow them with efforts which are not so great.

Sadly, when The Mummy sputtered, the Dark Universe vision Universal began also sputtered out. We aren’t likely to see the joined universe of Dracula, Frankenstein’s Monster, and the Wolfman any time soon. Maybe they will try again in the future — without a demanding star.

I am hopeful that Marvel’s success inspires others to consider making quality movies with consistent story arcs. Only then can they span a joined universe. I am truly rooting for all of them, including DC and Universal. I want to see all my favorite characters on the big screen. Their success means I get more great content to enjoy.

Besides, there is still hope for Universal — they own the rights to the most famous monster of all, The Incredible Hulk! Don’t blow it…

Have a favorite Universal Monster? Come tell me in the Gemr Horror Club — the best place to meet collectors and fans!

Written by Lance Keeble
Retired Super-Hero, Demi-God Orphan, Word-Weaver, Poet, Author, Novelist, Writer, Producer, Tinkerer, Opinionist, "Fan of Many, Fanatic of None", Father, Grand-Father, Husband, Mentor, the Man, the Myth, the Blogger, a Dirty-Kool-Nerd-Geek-Kollector who wants the save the World one human at a time… He has been in bands, acted in plays, commercials and continuously practices his prose writing lyrics, poetry, and short stories. Lance is a fan of Horror, Sci-Fi, Fantasy, Action, Thriller, Comic books, Graphic Novels & an avid collector. He has an eclectic taste that reflects in his style of writing. Lance has published poetry and short stories in many anthologies & a superhero comic strip in several magazines. He is writing a comic book and the prequel to his novel Globes Disease. Lance Oliver Keeble was born and continues to live in Los Angeles with his wife and daughter. Lance is a Father of 7 and a Grandfather of 4.

5 Horror Remakes that are Better than the Original 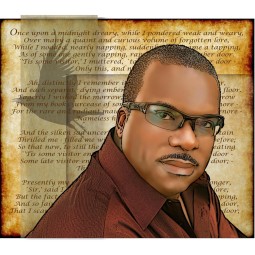 Retired Super-Hero, Demi-God Orphan, Word-Weaver, Poet, Author, Novelist, Writer, Producer, Tinkerer, Opinionist, "Fan of Many, Fanatic of None", Father, Grand-Father, Husband, Mentor, the Man, the Myth, the Blogger, a Dirty-Kool-Nerd-Geek-Kollector who wants the save the World one human at a time… He has been in bands, acted in plays, commercials and continuously practices his prose writing lyrics, poetry, and short stories. Lance is a fan of Horror, Sci-Fi, Fantasy, Action, Thriller, Comic books, Graphic Novels & an avid collector. He has an eclectic taste that reflects in his style of writing. Lance has published poetry and short stories in many anthologies & a superhero comic strip in several magazines. He is writing a comic book and the prequel to his novel Globes Disease. Lance Oliver Keeble was born and continues to live in Los Angeles with his wife and daughter. Lance is a Father of 7 and a Grandfather of 4.