The Marvel Cinematic Universe recently reached a significant milestone — Avengers: Endgame become the highest-grossing film of all time. This is no small feat and is the culmination of eleven years of superhero movies taking center stage in pop culture. None of this could have happened without Robert Downey Jr.’s magnificent interpretation of the Marvel universe’s favorite billionaire and playboy, Tony Stark, also known as Iron Man.

The last eleven years have seen Tony Stark reaching unprecedented levels of popularity due to the MCU. It’s always fun to look back on Tony Stark’s comic book history, there are so many great moments to enjoy. Reading older storylines will help you understand him even further.

So if the ending of Endgame left you with a somewhat sour taste, here are the best 10 Tony Stark comic books to get your Iron Man ! Warning! There will be SPOILERS to older arcs ahead!

There was a time during the mid-90s to mid-2000s where many writers were struggling to get people interested in Iron Man. So Kurt Busiek decided to streamline the character and take him back to basics with Deadly Solutions.

This story is interesting, given the context in which it was created. Busiek focused on delivering classic Iron Man, and it worked like a charm. If you are someone who is just dipping your toe into Tony Stark comic books, this one is a great place to start.

I am personally a huge fan of Stan Lee’s writing style in the 60s, and I enjoyed the first two Iron Man stories. The problem is, they aren’t very accessible. That’s why I always recommend Christos Cage and Rob Williams’ The Iron Age comic. They retell Tony’s origin story and tackle the many dynamics of his personal relationships.

Early Iron Man comics are classics, and you should definitely check them out. But The Iron Age is a great comic, and it gives a modern feel more in line with modern audiences.

Matt Fraction nowadays is a very divisive writer, but his time during the Iron Man title was a very fruitful one, at least in my view. The Five Nightmares storyline puts Tony against Ezekiel Stane, the son of one of his biggest villains, Obadiah Stane.

Ezekiel proves to be a worthy successor to his father’s intellect and challenges Tony to the max, resulting in some of the best action scenes in the title in the last 15 years. Salvador Larroca’s art is incredible, so that is also a massive plus for The Five Nightmares.

Now that we have mentioned the son, why not carry on with his old man?

The Iron Monger saga is actually quite long, and it covers a few different arcs in the early 80s. The saga summarizes down to this: Obadiah Stane finally gets his hands on Stark Enterprises and this results in Tony relapsing to his alcoholic ways (more on that later). This results in him giving the armor to his good friend, Jim “Rhodey” Rhodes, because he can’t cope with the struggle anymore.

Rhodey becomes Iron Man for a while, but he proves to be no match for Stane’s Iron Monger suit. Tony has to to get back up, create new Iron Man armor (which he uses for the rest of the decade) and challenge Stane to a showdown.

On a personal level, I think this story is significant for any Tony Stark fan because it tackles many critical elements of his character, including his alcoholism. It also goes into other aspects of his journey, like being the embodiment of free market, his corporate and personal rivalry with Stane, his friendship with Rhodey, and his will to get back up after reaching rock bottom.

The Civil War event didn’t do Tony Stark any favors, and it led to his image being tarnished. Tony was making decisions that were entirely out of character and resembling those of a villain. The aftermath, known as The Confession, has Tony sitting next to Captain America’s corpse and saying everything that he hid during the event.

The Confession is more of an issue than a whole storyline. It humanizes Tony after an event that genuinely hurt his character. It also reveals more of his relationship with Steve Rogers

Warren Ellis is a very talented writer, and he is also known as someone that often adds his own take on established characters. So, Extremis could be perceived as an Iron Man reboot of sorts, or at least as a fun entry point for new readers looking for Tony Stark comic books.

Regardless, Extremis is the story of Tony using nanotechnology that allows him to mentally control his suit. This enhances his physical capacities and makes him an even stronger superhero. Adi Granov also adds fantastic art to what is already a very solid storyline.

Writer Len Kaminski does something bold and seemingly kills Tony Stark with a group of assassins, which forces Rhodey to take on the experimental and powerful War Machine suit. Unlike other moments where he put on the armor and took Tony’s place, this time it seemed to be permanent. Rhodey even ran Stark Enterprises in Tony’s absence.

If you’re a War Machine fan and want to see him teaming up with Tony when he inevitably comes back, then this is the story for you.

David Michelinie and Bob Layton are the definitive Iron Man creative team. They have come up with some of the most essential and enjoyable stories with Tony Stark as the leading man. In this case, Doomquest is not only one of Iron Man’s best stories, but quite likely the craziest one.

Tony and Doctor Doom are sent back in time because of a spell, and both of them take sides in a historical war between King Arthur and Morgan le Fay. Eventually, both geniuses have to put their differences aside and find a way to get back to their own time, working together in the process.

The setting is not only very bizarre for these two characters, but it also works quite well and makes for a truly unique environment for them. It’s also the first time that Doom and Stark face each other directly. It deepens their rivalry, and they even show a degree of respect.

Another Michelinie/Layton team up, Armor Wars is not the deepest or most introspective of stories regarding Tony’s character. It’s certainly one of the most amazing, enjoyable, and just flat out in the man’s catalog, though.

10 Most Under Appreciated Female Marvel Characters

Spy Master steals most of Tony’s technology and then sells it to a lot of villains. Our hero is prompted to take all of them down in some of the most action-fueled issues in the character’s history — and that’s saying a lot.

I put Armor Wars this high on my list because it has all the elements of a classic comic book storyline. It has a hero doing his best to save others, great action scenes, and proper storytelling complemented by great art.

Demon in a Bottle

There was no other choice; we’re talking about the definitive Tony Stark, made yet again by Michelinie and Layton.

No other story has more defined the character of Tony Stark than Demon in a Bottle, which showcases his increasing struggles with being a superhero and a businessman. It results in him falling deeper and deeper into alcoholism and digging a hole he would take years to get out of.

This was one of the first times in comic book history that a superhero had to deal with such a human and dangerous personal problem, which makes this story even more important in the grand scheme of things.

Deliverance is issue #182 of the original Iron Man run, and it’s a one-issue story that you must read. It shows Tony at the bottom of his alcoholism and homelessness. His only friend, Rhodey, returns from the Secret Wars event to find Tony about to die in a snowstorm, completely indifferent to said fate.

Very few stories in Tony’s life are more poignant and heartfelt than this one issue. It is a reminder of the man beneath the suit and how he slowly came back from what could be considered the lowest point of his life.

Get the Gemr App

The 10 Most Expensive Comic Books

Who is the Best Hero to wear the Spider-Man Costume in the Spider-Verse?

My Favorite Disney Princess, and other Side Characters who Steal our Hearts 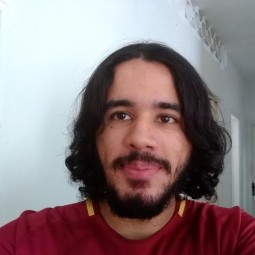