Those of you that know me, and many of you that don’t, know that I was the guy that owned about 20% of the original print run of the first issue of the Teenage Mutant Ninja Turtles. Yup, I was just out of high school, a college dropout, and I had friends ripping off Frank Miller’s classic Daredevil work, adapting it to the comic style I hated most: Anthropomorphic characters!

(My general feeling about this was that, by definition, anthropomorphic means “of human characteristics.” However, from my perspective it means “I can’t draw people, but I am great at drawing dinosaurs, or mice, or <insert animal here>.”  Learn to draw people first.)

But I digress, or ramble, as Jon likes to tell me every chance he gets. My friends, Kevin and Peter, hit me up at my flea market tables…

(Digression again…I started selling comic books in high school, at a local flea market [yes, I did have a girlfriend], and 4 or so years later I opened a shop in Portsmouth, NH. I still continued selling at the flea market as a supplement to the store’s income – it was my roots)

…to buy some copies of their new comic book, Teenage Mutant Ninja Turtles. I had seen other work by Kevin & Peter (Gobbledygook & fanzine work) and they were my customers. So, of course I was going to support them.

And then they asked me to buy some more Teenage Mutant Ninja Turtles. Again. And again!

So, now I’ve got 500 or so of these Teenage Mutant Ninja Turtles books! I send them to the local newspapers, hoping to get a plug for my store and my upcoming comic convention, where Kevin and Peter are going to premiere their comic (yes, I got to own their books before they had even premiered). The convention comes and goes, and yes, I did make Peter & Kevin pay for their table. I had to eat too, damnit!

Now, I have boxes of these kicking around both the flea-market and my store. I’d given them away to every customer. I tried every trick, including selling them mail-order. Even back in those pre-internet days I loved doing mail-order! There was nothing better than running ads in the CBG (Comics Buyers Guide) and having orders come through the actual mail. You know the guy that dresses like an appliance repairman and delivers you all that Political Junk & Japanese Restaurant ad crap? He also used to bring me letters & fun stuff, like occasional payments for comic books!

Then, along comes my savior! Let’s call him “Steve” (because I have no idea what his name actually was).

So, “Steve”, from American Comics calls me up, and wants some stuff from my CBG ads.

That’s right, American Comics! The guy with full page ads in comic books wants to work with me!  HOW EFFIN AWESOME! This was the king of mail-order and he was going to make me rich!  He wanted to trade some of those junky black and white, oversized, amateur looking Turtle comics from me and he was going to trade me, 2 for 1, for the hottest comic book in the country.  Yes, you guessed it, everyone was looking for Bill Willingham’s sold out smash hit, Elementals #1 and Steve had them in quantity! Just trade 2 TMNT #1 and get an Elementals #1.

I know that my recollection of time is way off here, but in my head it happened like this.

The Elementals arrive. All mint and beautiful!  I put the package of TMNT #1 in the mail.

The next day I open the CBG and there is an American Comics full page ad selling TMNT #1 for $100, and I burst out laughing.  Not only did I have 50 copies of Elementals #1 but now I also got to watch this guy make a fool of himself.  No one was going to pay that…

And for the next 6 months, every comic dealer / collector / investor kept my phone ringing off the hook, and the letters flooded my mailbox, in their attempt to buy up all of my TMNT #1.

Only I didn’t have anymore. Never did figure out what I actually did with all of them.

As the price climbed past $125 I took out classified ads in all the local papers, haunted all the places Kevin and Peter consigned them, visited all the editors I had sent them to and even tried to buy them back from customers.

I never did sell a copy of Elementals #1 for $10, but I did get to help out a couple of friends. Through my bumbling and bad business sense, I helped cause a ruckus in the comic biz.

For the record, I acknowledge that Kevin & Peter were geniuses and Anthropomorphic does have its place. Peter & Kevin sure proved that.

Want to learn more about Gemr?

Written by Jetpack Comics
Jetpack Comics is the Greatest Comic and Game Store in the known solar system! Gurus of the Pop Culture landscape, they've been at this whole "Nerd Thing" for the past 10 years professionally, but have a combined 100+ years of geeky knowledge! Go ahead, ask them a question about your favorite comics, games, or other piece of Pop Culture. We dare you!

The 10 Most Expensive Comic Books

Who is the Most Essential Character to the Marvel Universe?

April 27, 2018
« Previous post
To CGC or Not CGC
Next post »
Developing a Good Eye (Part 3) The Four Best Stops on a Collector’s Roadtrip 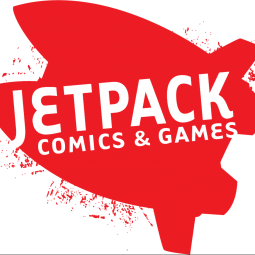 Jetpack Comics is the Greatest Comic and Game Store in the known solar system! Gurus of the Pop Culture landscape, they've been at this whole "Nerd Thing" for the past 10 years professionally, but have a combined 100+ years of geeky knowledge! Go ahead, ask them a question about your favorite comics, games, or other piece of Pop Culture. We dare you!