Who’s the smartest, bravest Witch of all?

Just like the famous friendship between the infamous Moony, Wormtail, Padfoot, and Prongs, Harry Potter would be nowhere without the trio of Harry, Hermione, and Ron. It’s abundantly clear that Harry would never have defeated He-Who-Must-Not-Be-Named without the help of his talented friends. With their help, Harry overcame many tricky obstacles. Ron is helpful in his own right, sure, but everyone knows Harry wouldn’t have even made it past the challenges in The Philosopher’s Stone without Hermione! Hermione is hands down one the best characters ever featured in the Potterverse. Why? Well, I’ve got some very compelling reasons!

Unlike students of pureblood families that go back generations, Hermione was born to Muggle dentists just outside London. Much to Malfoy’s chagrin, a “mudblood” is one of the best witches of her generation. She is already very impressively self-taught when she arrives at Hogwarts. She got her calling, and made it her job to understand what she was getting into. Obvi, Hermione had a heads up over Ron – who has two wizarding parents – when it came to casting Wingardium Leviosa. *Swish flick*

Ms. Granger is pretty darn perfect, including being perfectly imperfect! She managed to craft a highly effective Polyjuice potion as a mere student while more experienced Witches are reluctant even to attempt to brew the concoction. Her potion worked perfectly for turning Harry and Ron into Draco Malfoy’s friends, Crabbe and Goyle. Unfortunately for poor Hermione, she mistakenly used cat hair in her portion of the potion and ended up in the infirmary with Madam Pomfrey. Through diligent study and careful application of magic, she can achieve great things. Which leads us to….

Hermione is an unabashedly fantastic student! She is always the first to raise her hand and always has her homework assignments completed ahead of time. Heck, McGonagall even trusted her with a Time-Turner so she could attend multiple classes at once. And I’m pretty confident she’s the only student to have actually read Hogwarts, A History. Hermione’s knowledge of the Wizarding World comes in handy during some very tricky situations, like solving Triwizard Tournament challenges. Right, Harry?

Not only is Hermione a steadfast friend, talented witch and academically strong, but she is also civically minded too! Outraged at the poor treatment of house-elves, she founds the Society for the Promotion of Elfish Welfare – SPEW. Appalled at the house-elves mistreatment and horrible working conditions, she attempted to free as many as she could by leaving behind socks and hats she knit herself. While not all elves appreciated her work (she should have spoken to them a bit more about their needs), she tried her best to help them. Hermione may not have gotten many other students on board, but it wasn’t for lack of trying.

Smart, talented and caring, Hermione is also brave. Who founded Dumbledore’s Army to teach Hogwarts students actual hands-on application of Defense Against the Dark Arts? Not Harry. Not Ron. And certainly not Neville. Hermione started Dumbledore’s Army behind Dolores Umbridge’s back to arm her fellow students with actual spells instead of just theories. Held in utmost secrecy, these classes were instrumental in saving many lives during the Battle of Hogwarts and beyond. Hermione kicks butt and takes names. She’s one witch I definitely want on my side!

Who’s your favorite character in the Potterverse? Tell us in our Harry Potter Club!

Written by Michaella Lin
Michaella is an accidental collector of cookbooks...first by necessity, now by compulsion. Although she enjoys reading cookbooks she’s still looking for a spell to get them to do the actual cooking. She also enjoys pop culture, true crime podcasts and coffee and coffee paraphernalia. Michaella is based in New England.

The 10 Biggest Things the Harry Potter Movies Left Out

5 Of The Most Valuable Winnie the Pooh Collectibles 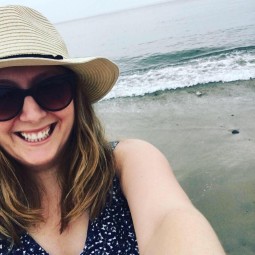 Michaella is an accidental collector of cookbooks...first by necessity, now by compulsion. Although she enjoys reading cookbooks she’s still looking for a spell to get them to do the actual cooking. She also enjoys pop culture, true crime podcasts and coffee and coffee paraphernalia. Michaella is based in New England.